We are approaching the target with each passing day within the project “The World Reads The Quran”, through which we unite the people in need with 1 million Qurans. As a result of the Quran distributions in some parts of Africa following the month of Ramadan, we have reached 750 thousand in the number of the Qurans distributed with your support.

Along with economic and political exploitation witnessed by the whole world, cultural and religious exploitation continues unabated. Especially Muslims in Africa feel the consequences of this exploitation even more deeply. Quran students are forced to memorize the Quran by writing its passages on sand and pieces of wooden boards called lawh due to poverty.

Despite all the economic and political oppression, we set out to deliver the Quran to our brothers and sisters worldwide who recite and benefit from it with the motto “The World Reads The Quran”. Together with the Quran distributions we carried out since the commencement of the project, the number of the Qurans we have delivered to those in need has exceeded 750 thousand, along with those over 20.000 in Chad and Kenya following this month of Ramadan.

In this period, when we have completed three-quarters of our project, we would like to express our gratitude to all donors who have provided full support.

The World Changes With Goodness 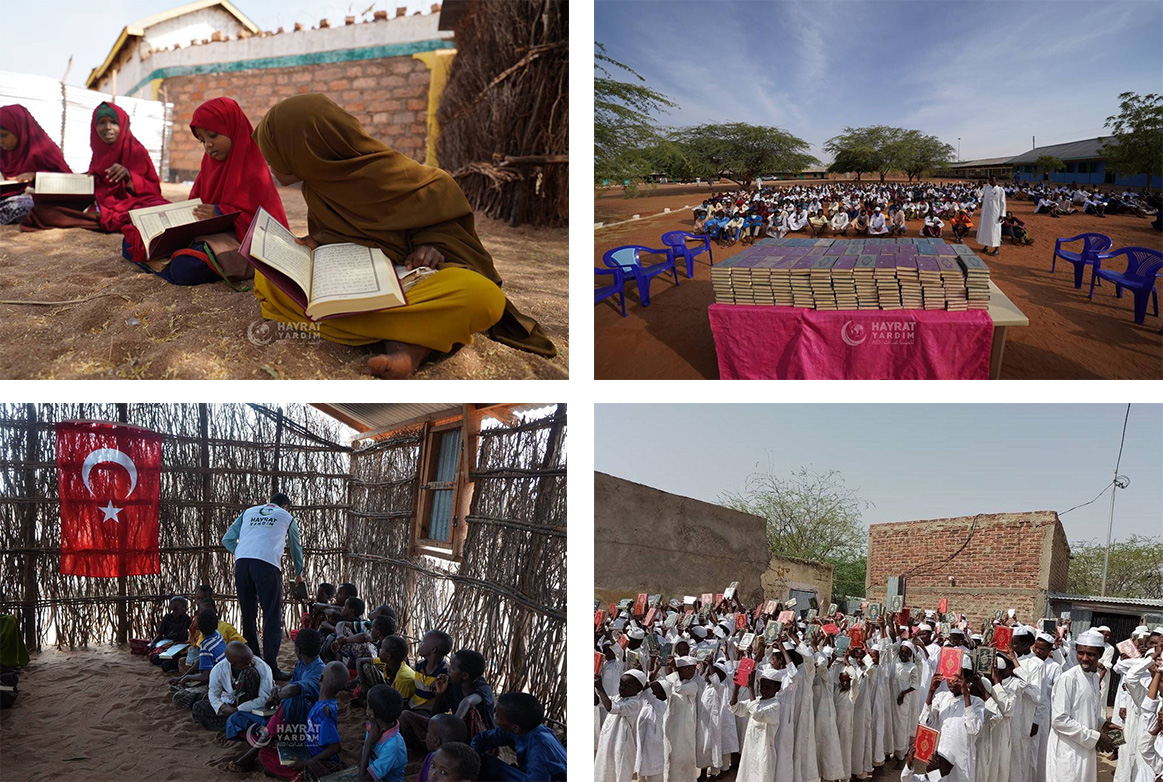 Have you checked these news?

We are in the Earthquake Zone in Indonesia

A Mosque in Kenya

The North Horr Mosque Is Waiting For Your Support

Everyone Has The Right To Life

Wishing the right to an equal, free and fair life to be everlasting! December 10