Thousand of Rohingya have been rendered homeless in Bangladesh's refugee camps due to a massive flood caused by days of seasonal monsoon rains. On Tuesday, at least six Rohingya were murdered in a landslide at the Balukhali refugee camp in Cox's Bazar, according to official records. Others were injured in the incident.

As of August 2017, Bangladesh is home to more than 1.2 million Rohingya people who are stateless. The majority of them fled a brutal military crackdown in Myanmar.

There are thousands of these persecuted people living in one of the world's largest refugee camps on steep hillsides where they are constantly at risk of being hit by landslides.

As Hayrat Aid, we stand by them in this disaster for our brothers and sisters who are already struggling to survive under harsh conditions. Within the scope of our emergency aid projects, dry food, hot meals, and clean water will be provided to those needy people in the region as quickly as possible.

You can donate to help those needy Arakanese people via the Hayrat Aid website or bank account numbers by writing the HYD167 statement.

The World Changes With Goodness

In certain parts of the world, there are many Muslims who haven’t encountered a printed Qu...

A Scholarship is A Future 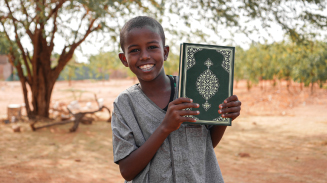 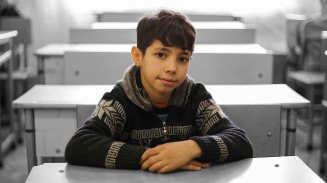 A Scholarship is A Future